Will Edward Snowden Get Drafted For War After Putin Granted Him Russian Citizenship? 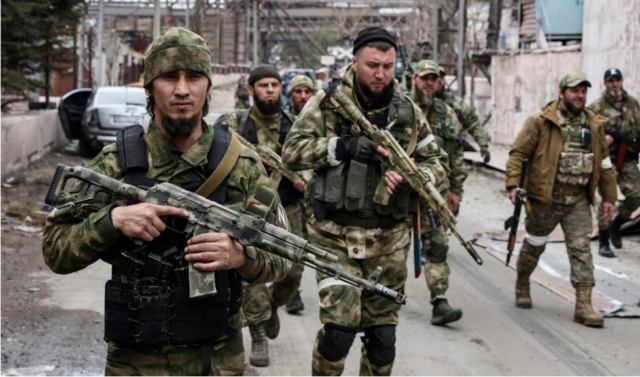 What Else Is In It For Him?

The granting of full citizenship is raising a few eyebrows. Snowden is no ordinary man. He knows intelligence better than most guys at the NSA today.

And just like Putin, who was a former Russian spy chief, Snowden knows where to look, how and when.

But then, this is just a conjecture. Putin, for all we know, could just be looking after the man’s well-being and security. After all, Snowden may be considered an asset given his, well, intelligence.

From Russia With Love

Since leaking classified papers in 2013 that detailed government monitoring operations affecting millions of Americans, the 39-year-old North Carolina native has been living in low profile in Russia.

In the United States, Snowden faces charges of espionage and theft of government property for disclosing sensitive information about U.S. intelligence and mass surveillance operations to the media.

The U.S. government has long sought Snowden’s extradition so that he may stand prosecution on espionage allegations.

Edward Snowden was awarded permanent residency in Russia in 2020 and disclosed his intention to apply for Russian citizenship at the time without giving up his American citizenship.

A U.S. appeals court ruled that year that the program Edward Snowden had uncovered was illegal and that the top U.S. intelligence officials who had staunchly supported it were lying.

After years of public denial, U.S. intelligence officials finally admitted that the NSA had been secretly gathering intelligence from Americans’ phone records thanks to leaks by Snowden.

Putin’s decision to award citizenship to the American whistleblower comes only days after he threatened to use nuclear weapons against Ukraine.

On Monday, Snowden delivered a message, which was essentially an updated version of a tweet from November last year, expressing his desire for his family to remain intact and requesting privacy.

After years of separation from our parents, my wife and I have no desire to be separated from our SONS.

After two years of waiting and nearly ten years of exile, a little stability will make a difference for my family. I pray for privacy for them—and for us all. https://t.co/24NUK21TAo pic.twitter.com/qLfp47uzZ4

The tweet stated, “After years of separation from our parents, my wife and I have no desire to be separated from our SONS.”

Snowden criticizes Bitcoin for many of the same reasons he hates the conventional financial system.

He stated during the 2021 Ethereal Summit that Bitcoin must become “private by design” to counteract law enforcement efforts to stifle competing cryptocurrencies.

However, the former NSA contractor would eventually change his mind and view cryptocurrencies as having greater utility.

“I use bitcoin to use it. In 2013, bitcoin is what I used to pay for the servers pseudonymously,” Edward Snowden is quoted as saying in a virtual guesting last year.