VeChain: Testnet for the PoA 2.0 will be launched soon

Peter Zhou, chief scientist of the VeChain Foundation, has made an update on the introduction of the SURFACE consensus algorithm, also known as Proof of Authority, PoA, 2.0. Via his Twitter account, Zhou said that he had made “some good progress” with the core developers on the introduction of SURFACE. The start date for a testnet for the implementation of PoA 2.0 will probably be announced very soon:

The Vechain core dev and I have made some good progress on implementing PoA2.0. We will soon launch a new testnet implementing VIP-193, allowing faster tx confirmation. Moreover, I personally finished prototyping VIP-200 that will give us BFT finality.

Introduced as VIP-193, SURFACE is a consensus algorithm that will be deployed to respond to the growing demand of businesses and applications running on the blockchain VeChainThor. Its goal is to improve the scalability and performance of the network by enabling faster transaction confirmation time.

SURFACE takes the best from blockchains like Ethereum and Bitcoin which use the Nakamoto Consensus, and applies an asynchronous Byzantine Fault Tolerance (BFT) mechanism. In this way, the network operates with a dual consensus mechanism ready to work in scenarios with optimal conditions and protected against possible bad actors, DDoS attacks, among other vulnerabilities, guaranteeing the security of the blockchain.

As mentioned above, Zhou also confirmed that he has completed the prototype for the VIP-200 which allows blocks of the VeChainThor blockchain to reach BFT finality. This will be achieved by allowing blocks to carry “extra finality related messages”. Thus, the nodes will be able to update their BFT status and achieve finality.

The mechanism is composed of four finality messages, each created as a block ID. The messages are new-viw (nv), prepare (pp), pre-commit (pc), and commit (cm), as part of the block header.

The prototype will work together with the committees for approval of new blocks generated in each round of consensus. They have been created to reduce the fork rate in the Nakamoto consensus and will be based on economic incentives, a reputation system and a method of random selection based on a verifiable random function (VRF).

In each round, nodes select a leader (the node responsible for generating a new block) based on the round number, block height and their local views of active nodes. Therefore, the procedure can be considered instant, which allows more time for transmitting transaction (TX) data in each consensus round.

This, users will have more decision power when making transactions in the blockchain. Daily use transactions can be confirmed in less than 1 minute with a security similar to that of blockchains using the Nakamoto consensus, according to Zhou. If the users requires more security, they can wait the 5 minutes for block finality. 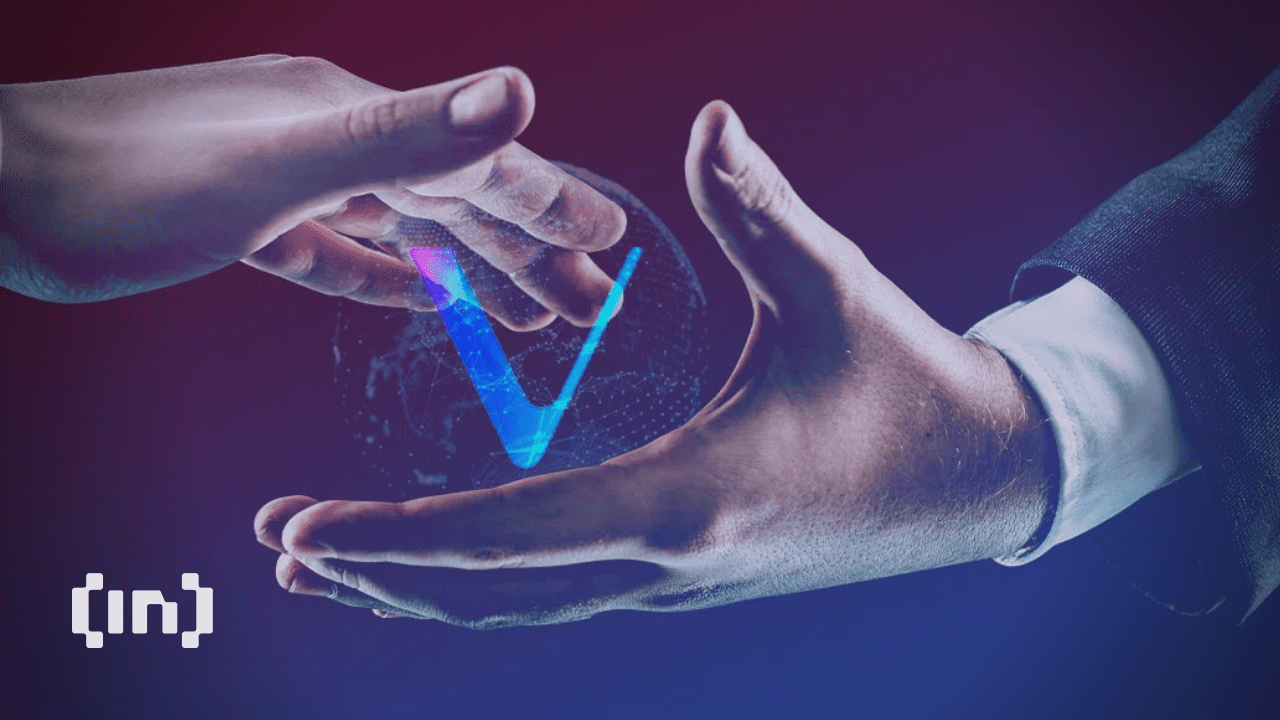 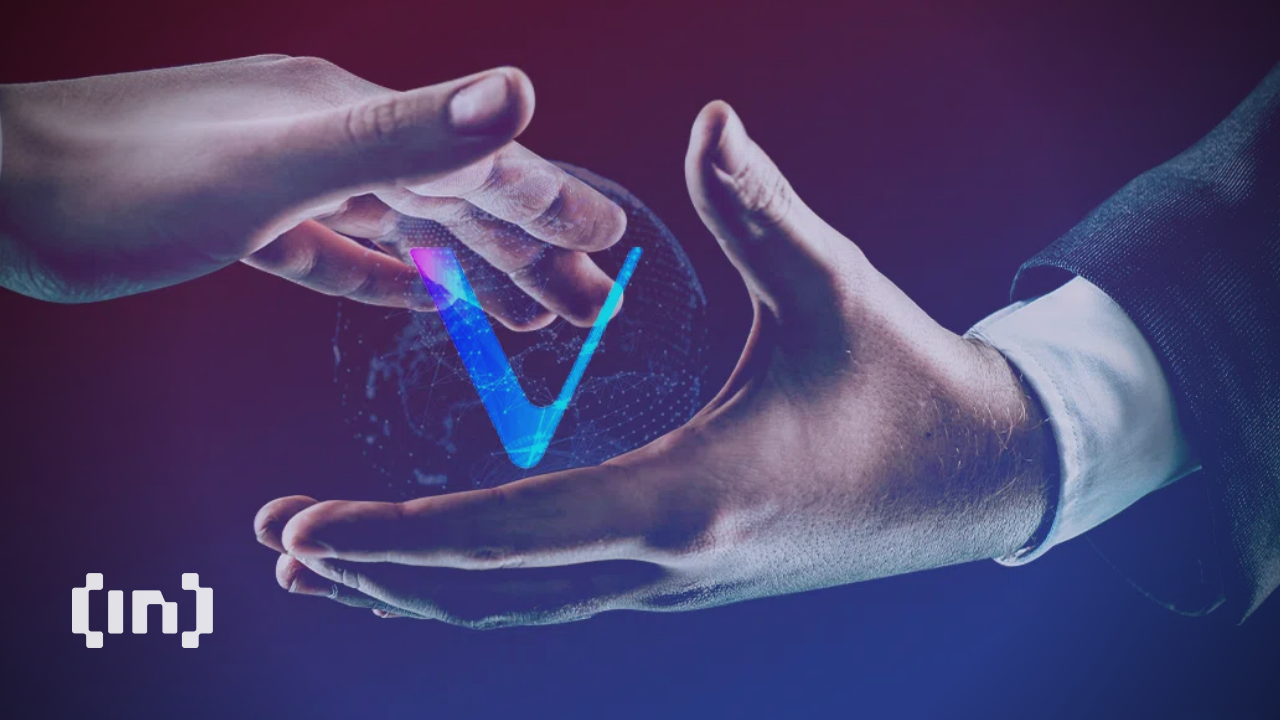 VeChain (VET) is leaving nothing to chance. Overshadowed by other rival crypto projects, the blockchain schemed to signup big name companies like Walmart China, appropriating the partnerships to gain mileage, even if that meant taking old deals and making them look new again.

Is VeChain a hidden gem in the current market? Three announcements that could boost VET price

Logistics: The Supply Chain Crisis — Can Blockchain Fix it?

The post Logistics: The Supply Chain Crisis — Can Blockchain Fix it? appeared first on BeInCrypto.

EOS, VeChain and Chainlink’s bearish gravitation: Crucial levels to watch out for! EOS was trading at $3.18 and had declined on its chart by 3.3% over the last 24 hours. The token had been displaying a bearish price trajectory and at the current price level, EOS was almost 151% below its all time high. The consolidation on its charts forced buyers to exit the market, the token

The post EOS, VeChain and Chainlink’s bearish gravitation: Crucial levels to watch out for! appeared first on CoinGape.

VeChain has upgraded to the first phase of its PoA 2.0 SURFACE consensus mechanism to improve security and sustainability, among other benefits. The network has also selected a second steering committee for efficient decision-making and fair implementation. Supply chain tracking blockchain VeChain (VET) has now marked a significant milestone in its six-year history. The first […]

VeChain and Shopping.io partner to allow VET holders use their tokens for payments on eBay, Amazon, and others

Shopping.io has announced a partnership with VeChain to allow VET holders to buy items at Amazon, Walmart, eBay, and Etsy.  Purchases with VET for two weeks beginning from 7th July attract a 2 percent discount on all items.  VeChain Foundation and e-commerce platform Shopping.io have partnered to enable VET holders to use their tokens to […]

Der Beitrag VeChain and Shopping.io partner to allow VET holders use their tokens for payments on eBay, Amazon, and others erschien zuerst auf Crypto News Flash.

DNV GL and PwC customers will choose VeChain if they want to use blockchain, says Sunny Lu

VeChain has established partnerships with more than 100 companies worldwide. PwC and DNV come with an exclusive relationship with the VeChain Foundation and will use VeChainThor if clients want a blockchain solution. VeChain CEO Sunlit Lu conducted an interview along with Thinking Crypto to discuss the project’ s beginnings, partnerships, and updates to VeChainThor blockchain. Lu emphasized that will […]

The VeChain Foundation is opening a voting process where the community can choose whether to change the basic gas fee or keep it the same. An increased use of the VeChainThor blockchain has raised its fees and could impact adoption. As of yesterday, April 30, VeChain stakeholders can vote on a proposal that could determine […]

Ubitquity partners with VeChain to power the global title industry

Ubitquity has announced a partnership with VeChain and will soon be launching a product on VeChainThor. This comes just weeks after the company launched Aeroporia, a blockchain platform catering to the aviation industry on the Ethereum blockchain, with plans to integrate VeChain. Ubitquity, a blockchain-as-a-service (BaaS) platform provider has partnered with VeChain. The company intends […]

The rollout of a new consensus mechanism for VeChain, PoA 2.0, will require three phases to be completed and approved. The VeChain Foundation is in discussion with various institutions in China that could use the VeChainThor technology. VeChain co-founder and CEO Sunny Lu held an Ask Me Anything (AMA) session with the community yesterday. The […]

Puff Bar, a leading vape company, will use the VeChain blockchain to allow customers to verify the authenticity of their vaping products. The company has also started accepting Ethereum and Bitcoin Cash as payment methods. A leading U.S vape company is turning to blockchain technology to fight the vast number of product counterfeits in the […]

Vechain partners with U.S firm to power $102B seafood industry