US Congress Investigates Cawthorn Over Alleged Involvement In Crypto Scheme 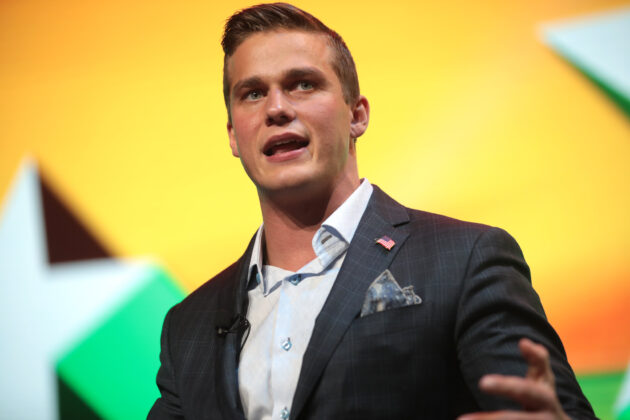 Madison Cawthorn, a member of the United States Republican Congress, North Carolina, will face an investigation this year to determine how much involvement he had in a crypto pump and dump game plan.

Cawthorn will face a subcommittee of four Congress members over his suspected involvement in the crypto plan promotion of “Let’s Go Brandon,” per a statement released by the U.S. House of Representatives Committee on Ethics on Monday, May 23, 2022.

The Committee notes that the mere fact of establishing an Investigative Subcommittee does not itself indicate that any violation has occurred.

Texan Democrat Veronica Escobar, is expected to lead the U.S. House Ethics Subcommittee, would examine whether Cawthorn made unfair use of his authority and advertised the proposal to know if he had an “undisclosed financial interest” in it.

It is pertinent to know that Cawthorn is already under inquiry against an “improper relationship” with a staff member of Congress.

Let’s Go Brandon advertises itself as an ERC-20 decentralized meme token “inspiring positivity and patriotism.” The project also promises to get an “anti-whale” dumping system that stops supporters of the foundation and significant bag holders from selling the token before the sixth month.

Since April 23, 2022, the token’s value has plunged by 83%, and it was trading for a fraction of a cent for the last observation. The token describes the Let’s Go Brandon initiative, a phrase for U.S. Vice President Joe Biden famous among right-wing circles. “F—- Joe Biden” is the genuine meaning of it.

An aggrieved investor has filed a class-action lawsuit against the token’s creators, accusing them of running a pump-and-dump scheme.

The North Carolina Republican Senator, Thom Tillis has called on Congress to investigate insider trading and asked for a reply from Cawthorn as well. The accusations against him say that he “swindled” people into investing in his token.

Being the youngest member of the Congress at the age of 26, Cawthorn lost the party’s primary contest by a narrow margin of almost 1,500 votes last week in the Republican-held rural 11th district of North Carolina.

Cawthorn was once famous as a rising star among the far-right wing of the Republican Party; when he was elected in 2020, he rode on the coattails of Trumpism. As a result, he was dubbed a political firebrand by many detractors and supporters.