Uniswap Engaged Lending Protocols As It Craves For NFT Financialization 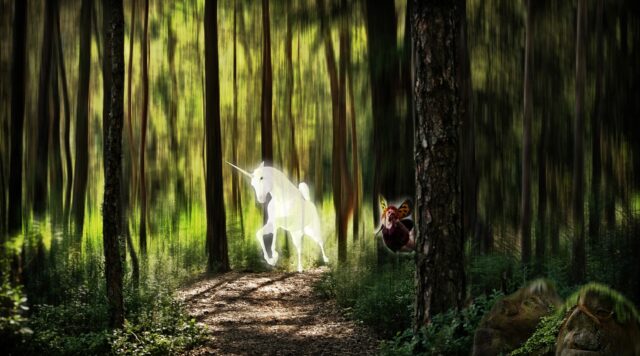 Uniswap is currently showing its desire for NFT financialization. The exchange has opened talks with several NFT lending protocols concerning its sudden Interest. Scott Lewis, the head of NFT product in Uniswap, revealed the information through a social media post.

Non-fungible tokens (NFTs) are still gaining more attention over the days as knowledge of digital assets keeps expanding. Moreover, the space has several intriguing sectors offering users exciting experiences through engagement. Hence, more firms and projects are interested in the tokens to exploit their extraordinary possibilities.

Lewis tweeted that Uniswap is geared toward handling all issues on liquidity and NFT information asymmetry. According to the post, the move marks the initial step for the firm in establishing NFT financialization. It has already commenced talks with about seven lending protocols for its plans.

uniswap is the interface for all nft liquidity.

we are now in talks with 7 nft lending protocols. we will be working with each one to solve for liquidity fragmentation and information asymmetry. this is the first step to building nft financialization.

Uniswap clearly stated that its plans for planning partnerships with the lending protocols are based on NFT financialization. But the tweet post has received several responses with divided opinions. Some users are supporting the move from UNI. To these people, it’s a formidable step that will strengthen decentralized finance (DeFi) in the future.

However, some users doubt the genuineness of Uniswap’s plans. They are questioning its intentions and are pointing out that the crypto exchange wants to leverage liquidation profits through its action. As a result, they believe UNI will crave to pay less valuable assets from lenders at a liquidation price.

Sudoswap has permitted anonymous activities around NFT sales and developing NFT liquidity pools. This occurred shortly after the tweet of Lewis on Uniswap’s plans to use Sudoswap support for NFT introduction.

Uniswap’s engagements within the NFT space have increased over the past few months. As one of the largest decentralized exchanges (DEX), Uniswap boasts about $6 billion of assets in its liquidity pools.

Also, it introduced its new ownership with Genie, an NFT marketplace and aggregation platform, in June. Genie now enables users to conveniently trade and pick out digital assets from several other venues in the industry. In 2019, the company launched Unisocks, the first rendition of NFT liquidity pools.

The spike in Interest in Uniswap for NFT activity could be seen as occurring at prime time. There is generally a rise in traction and utility for digital assets both within and outside the decentralized finance (DeFi) space.

Uniswap is trying to gain momentum l UNIUSDT on TradingView.com

As a result, more individuals, companies, industries, and organizations are plunging into the NFT space. They use tokenized assets for different purposes, such as real estate contracts, music rights monetization, collectibles, digital fashions, and more.

Also, similar platforms such as OpenSea, eBay, MagicEden, and others are making impressive moves with NFTs. As per the second quarter report from DappRadar, the future may witness an
Read Full Article…