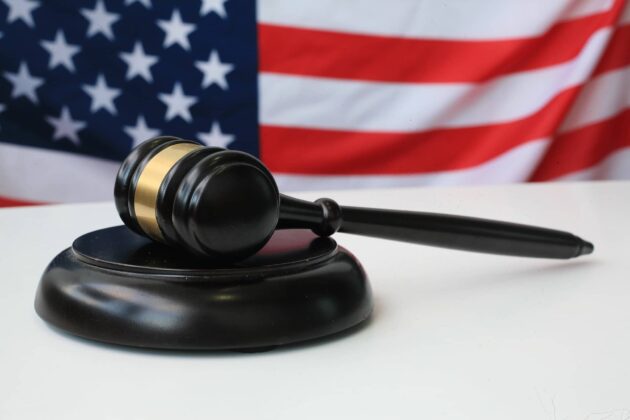 The U.S. Treasury Department’s move to blindly put a ban on Tornado Cash consequently brought a lawsuit against Treasury Secretary Jannet Yellen and other officials of its departments. The six affected users, which got into trouble due to the restrictions on the privacy tool, have challenged the U.S. sanctions in the district court of texas on Thursday, and Coinbase has announced to back the case.

The complaint, consisting of 20-pages, argues that Treasury Department has misused its power to slap sanctions on a free public code and harmed the U.S. Constitution’s rights of property and free speech with its decision. Furthermore, the officials with this approach have threatened the ability of “law-abiding Americans to engage freely and privately in financial transactions.”

Related Reading: Why Crypto Has Not Been Banned Yet – U.S. Congressman Explains

Tornado cash is a crypto mixer tool that circulates users’ funds into various phases to hide the origin of money in order to protect privacy or increase anonymity. It allows sending funds to the app from one crypto wallet and withdrawing them using another wallet address. The Treasury Department restricted the use of applications accusing it of facilitating the Lazarus group of hackers from North Korea to launder more than $7 billion.

Though the representative from Tornado didn’t appear immediately after the sanction on the app, the plaintiffs now highlight that the Jurisdiction of the Treasury’s Office of Foreign Asset Control (OFAC) does not extend its reach to smart contracts or software code.

“Tornado Cash is not a person, entity, or organization. It is a decentralized, open-source software project that restores some privacy for Ethereum users.”

The case represents the Treasury’s decision as a dishonest act to overstep its power and wants the court to lift the ban ASAP. In addition, the plaintiffs in the lawsuit addressed the crypto community privately using the app for many legitimate purposes and concluded that banning such privacy tools could lead to a negative ripple effect in the tech industry.

The case includes a few examples of it, like a Coinbase employee who used the app to prevent its transaction from Russian hackers while sending funds to Ukraine as a foreign add. Similarly, another employee of Coinbase or an affected user revealed security as a reason to use the privacy crypto tool.

Brian Armstrong, the CEO at Coinbase, also criticized the Tornado cash ban saying it is likely to seal a highway that the robbers used to commit a crime and flee.

The CEO added in a statement;

“It ends up punishing people who did nothing wrong and results in people having less privacy and security,”

Related Reading: Why a Price Surge For ETH is Not as Likely as For These 3 Cryptos

Likewise, Paul Agrawal, chief legal officer at the cryptocurrency exchange Coinbase, commented on the issue, saying the technology ban has affected many innocent people protecting their privacy in a
Read Full Article…