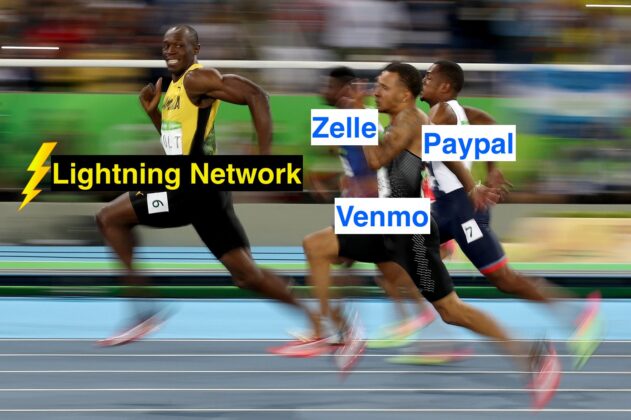 A notorious altcoiner tried to test Michael Saylor’s commitment to bitcoin and this is what he got. A meme contest. And in this post, you’ll get to see two of the three winners. Don’t scroll down! You should read the whole story first, to get the full effect. The theme of the discussion was the Lightning Network. Bitcoin’s second layer solution is one of the success stories of the last few years, but does a billionaire like Michael Saylor use it?

Do you think Michael Saylor has made more than three Lightning transactions in his life?

The altcoiner’s poll question was “Do you think Michael Saylor has made more than three Lightning transactions in his life?” The results were: YES – 52.2%; NO – 34.8%; SEE RESULTS – 13%. More than 10K people voted. To be fair, the results were quite different before Mr. Saylor got wind of what was going on and counterattacked with the meme contest. The altcoiner documented the sharp contrast in the percentages with a Do Kwon-referencing second tweet:

Michael Saylor rose up to the challenge and raised the stakes.“The correct answer is Yes, and I will make three more transactions of 1,000,000 sats each to the 3 posters of the most liked Lightning memes in the comments below,” he tweeted.

The correct answer is Yes, and I will make three more transactions of 1,000,000 sats each to the 3 posters of the most liked #Lightning memes in the comments below. https://t.co/qXZ90q4Ly9

A modest amount, sure. One million satoshis is a little over $203 at the time of writing. Nevertheless, the contest achieved its goal. It moved the conversation in another direction and proved without a doubt that Mr. Saylor is a Lightning user like the rest of us.

As it usually happens, the altcoiner wasn’t paying attention. As soon as last month, MicroStrategy was looking for Lightning Network developers and Michael Saylor tweeted: “The engineers at MicroStrategy are working on some exciting new Lightning apps to help our enterprise customers secure networks, monetize websites, and deploy wallets en masse using Bitcoin.”

Does that sound like a man that hasn’t used the Lightning Network? Or does it sound like Michael Saylor recently left the CEO position at his company to focus on bitcoin and that ad is a sign of things to come? Most people thought Mr. Saylor was going to focus on bitcoin acquisition but, by the looks of that ad, MicroStrategy will create bitcoin products for enterprises.

Look, we can’t show them all. This is a respectable publication. We’ll show the first two, but you’re on your own with the
Read Full Article…