Polygon has recently announced its plans to launch new offerings. Among them, the Polygon project team mentioned NFTs, gaming and much more.

The organization, in their official statements, has said that tournament organizers on community gaming can now deploy their esports tournaments on the polygon network allowing instant player payments.

Polygon has been instrumental in developing an ETH scaling solution that has a tally of approximately 5 million transactions daily. The organization also intends to combat the current stress on ethereum’s mainnet caused by volatile and regular transactions conducted using ETH.

The announcement further mentioned that the community gaming had deployed two esports tournaments on a polygon network popularly known as Axie Infinity tournament and Gods Unchained tournament. Thousands of players associated with the tournament are getting payments in USDC, ETH, and MATIC. The transactions are processed in under three minutes and the nominal charge for the transaction conducted is 0.0012 MATIC.

This feature has been heralded as one of the most unique and Novel approaches to conduct instant player payments. It is to be noted that all the previous payments were extremely time-consuming and often took days for the process to complete and reflect in the bank accounts. However, with this new version of payments, the processing time has been cut short and can easily be attributed to a successful endeavor for fast payment processing and delivery.

The partnership of polygon with community gaming comes at a time when the CG had recently announced their seed funding round where they raised $2.3 billion from prominent investors such as Dapper Labs, MultiCoin Capital, Mark Pincus’ WorkPlay Ventures, Signum Growth Capital, and Kevin Durant’s ThirtyFive Ventures, CoinFund, and Animoca Brand.

The first sports tournament to be held under the partnership of Polygon and Community Gaming is worth $2500 and has been named as Skyweaver tournament. The tournament is scheduled to be conducted in August this year and revolves around a trading card game genre where players can buy, hold and sell NFTs as trade cards.

Skyweaver tournament has been prepared to keep in mind the casual mindset of players and is developed for competitive players to have an engaging gaming experience. The tournament propagates the game to be centered around the idea of ” those who dare to conquer.” The prize money will include $2500 worth of MATIC along with NFTs provided by horizon games. The event is scheduled to get the live stream on the community’s gaming twitch channel.

Orbs allows developers to test their projects risk-free to discover if the Orbs technology stack is right for their individual needs.

The payments solution supplier continues to bridge the gap between fiat and crypto by bringing USDC in order to millions through Polygon. This partnership will enable customers to make fiat-to-USDC conversions in under 30 seconds. Fiat-to-crypto and payment solutions provider Wyre has announced a collaboration with Ethereum scaling and infrastructure development platform Polygon. The collaboration was […]

Wyre announces a new collaboration with the Polygon blockchain process. 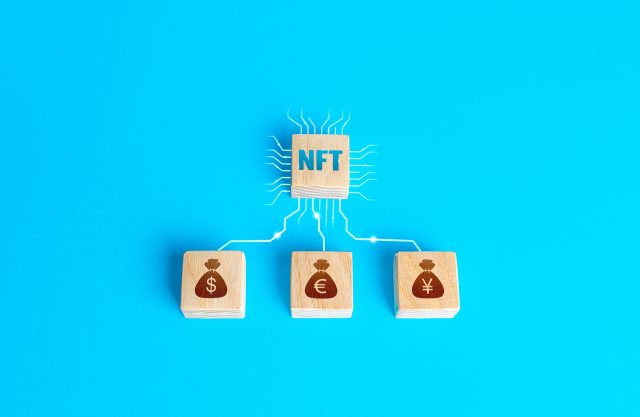 Polygon has launched a subdivision called Polygon Studios, and has set up a $100 million fund for NFT video gaming projects. Polygon Launches Subdivision With The Aim To Grow NFT Gaming Originally created with the aim of providing a framework for creating and connecting Ethereum systems, the Polygon platform provides spread its ecosystem broad. Now, Polygon […]#@@#@!!

The post MATIC Price Analysis: Polygon (MATIC) Hits 2 Month Low As Bears Refuse To Back Down appeared first on Coingape.

Polygon has collaborated with Community Gaming to allow developers to take advantage of enhanced scalability while organizing tournaments.