Norton 360 has been a big player offering an online security suite, cloud backup, as well as VPN services to millions of users. Their experience of malware protection is what has led the company to explore crypto mining. According to a release by the company, users interested in mining no longer have to dig in sketchy sources to get crypto mining software.

Their new line of service is dubbed Norton Crypto and the company plans to launch this to a small number of customers before expanding to its more than 13 million global users.

Norton will begin by offering Ethereum mining which will come as a pre-installed component. This will make it much easier for users who have little experience in mining to get into the industry.

Norton admits that users have to disable their security software to mine run mining software. This has been inconvenient for many of its users. But now, the company is set to allow users to mine Ethereum, the second-largest cryptocurrency in the world.

As the crypto economy continues to become a more important part of our customers’ lives, we want to empower them to mine cryptocurrency with Norton, a brand they trust,

On top of allowing users to mine Ethereum, the company will allow customers to store their cryptos in a cloud wallet. This can then be pulled into Coinbase whenever the users decide to sell.

The security experts envision a crypto miner that will be able to utilize computing power that is otherwise wasted when the computer is laying idol or using little power. Some software in the online market purport to offer this but as Norton notes, users have to dig deep in the web and be familiar enough with the industry to sort out the genuine and the fake.

The company clarified that it expects to add more “reputable cryptocurrencies” in the future. This was viewed as a slam on Ethereum as it is viewed as one of the more traditional and high energy-consuming blockchains, similar to Bitcoin. These blockchains, especially Bitcoin, have come under scrutiny in recent months with several institutions, governments and high profile individuals like Elon Musk criticizing the network for its energy consumption.

The company has not been clear about what coins it will add but has stated that it is looking into coins that will offer the highest rewards for the computing capacity. As digital assets continue to be widely adopted, companies like Norton are compelled to be more innovative and offer users products focused on the growing trend, further accelerating the growth of the assets.

Cryptocurrency miners in Argentina are taking advantage of the country’s subsidized electricity to reap outsized results. Bitcoin Surges Close To $40, 1000 After Elon Musk’s Meeting With Miners 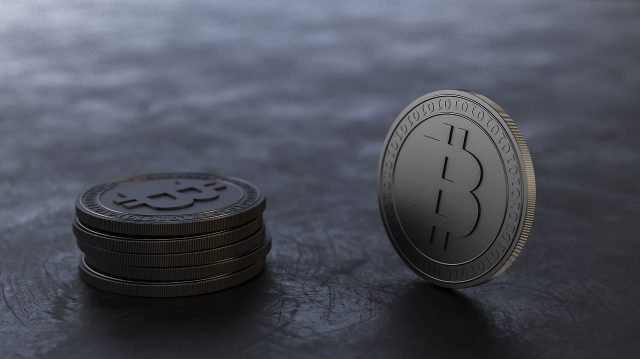 On Mon evening, May 24, Bitcoin price jumped another 5% making a move above $38, 000 after Elon Musk announced that he is currently in talks with North American Bitcoin miners. Meeting Focused On Sustainable Cryptocurrency Mining Initiatives Bitcoin is once again approaching $40, 000 after Tesla CEO Elon Musk tweeted that he was in active talks […]#@@#@!!

The recent purchase follows Riot’s plans to expand its mining capacity by mid-2021.

Microsof company Patented Brainwaves Crypto Exploration In 2020: Will It Ever Become Real?

So you want to start mining but don’ t have enough money to buy an ASIC or the latest GPU to mine your favorite Proof-of-Work crypto? Don’ t worry, shortly you will be able to mine cryptocurrencies with the power of your thoughts, thanks to Microsoft. And no, it’ s not a late 04 Fools day joke. According […]#@@#@!!

-nvidia will limit hash rate on GeForce RTX 3060 processors to discourage Ethereum mining with this type of GPUs. A dedicated Cryptocurrency Mining Processor (CMP) is supposed to mitigate the particular GPU shortage. In a article, graphic processing unit (GPU) manufacturer Nvidia has made 2 announcements that could change the exploration industry. The post titled […]

Upon receiving 5,000 crypto mining rigs and getting an endorsement from Shark Tank’s Kevin O’Leary, SOS Limited’s stock prices have surged above $15.

The BTC mining company said it operates 22, 869 bitcoin miners in China. Allegations stated it had deceived customers who made stock purchases from the firm.

Iran’s crackdown on illegal bitcoin mining facilities continues along with another massive seizure associated with 45, 000 machines that reportedly used 95 MWh.

Chinese Bitcoin miners are reportedly facing difficulties paying their electricity bills. The reason is that the government is freezing accounts associated with the cryptocurrency.

These Factors May Push Bitcoin Halving Forward by Weeks The long-running bearish sentiment of cryptocurrency market has claimed another victim. Giga Watt, a US-based Bitcoin mining firm, sent an email to its customers, stating that it has decided  to close down operations. The company cleared up that it had lost accessibility and power to its mining facilities because it didn’ capital t have adequate funds to continue the […]#@@#@!!