Miami Boosts Crypto Image With Release Of 5,000 NFTs With Mastercard, Time And Salesforce 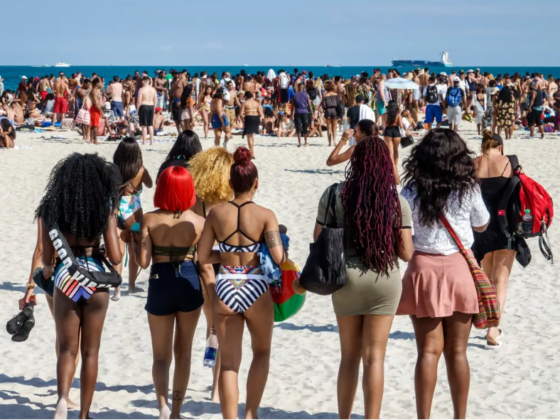 Miami has once again garnered headlines. Francis Suarez, the mayor of the city, stated his future plan to distribute 5,000 Ethereum NFTs in collaboration with Mastercard, Time, and Salesforce.

According to a city press release, the NFTs – unique blockchain digital currencies that symbolize ownership — are being produced by 56 different artists from the city symbolizing its “56 square mile region.”

TIME will be in charge of directing the strategy, generating the creative elements, and launching the campaign.

Mastercard will offer NFT cardholders privileged access to unique events at restaurants and private cultural tours of the bustling metropolis.

Through its future NFT Cloud platform, Salesforce will oversee the minting and initial selling of NFTs.

We are thrilled to partner with @FrancisSuarez, @VentureMiami, @Mastercard & @Salesforce to help bring the @CityofMiami into #web3!

This initiative will support local artists & charities in Miami in unprecedented ways!

Miami At The Forefront Of Web3

Suarez remarked that the partnership between TIME, Mastercard, and Salesforce was exciting. In addition, he stated that the city has been among the leaders of the web3 revolution for a long time and that it has all the ideas and resources necessary to employ the technology in order to support the existing enterprises.

Miami is becoming a center for the advancement of blockchain technology. It is the first city in the United States to have its own CityCoin. According to CoinMarketCap data, CityCoin generated nearly $8 million in income for the city in only two months.

Additionally, the currency was selected as the first jurisdiction outside of the European Union to establish a decentralized air-quality monitoring systems based on the Algorand Blockchain.

According to the Miami Herald, the Bitcoin 2022 conference drew 30,000 participants and exhibitors to Miami Beach on April 7 of this year, making it one of the largest crypto events ever.

The mayor of Miami believes that new technology will draw more firms to expand their capital and give a wealth of experiences to the city’s residents.

Suarez shares common interests as the renowned President of El Salvador, Nayib Bukele, who is fascinated with Bitcoin.

He has also demonstrated his support for cryptocurrency. Suarez recently mentioned to a reporter at the ‘Takeover’ event hosted by Real Vision that he intended to put a portion of his 401K retirement funds in his favored cryptocurrency.

Moreover, Saurez claimed that he will soon receive Bitcoin as payment for his salary, which he subsequently implemented.

“We are thrilled to be a part of something that will enrich Miami’s business community and provide new and exciting experiences to the city.”

Time’s president, Keith Grossman, remarked that “the artwork would reflect the city of Miami’s vast diversity.”