The VeChain Foundation takes the wishes and needs of the community very seriously in order to ensure a joint further development of the project. Accordingly, VeChain has announced in a new blog post that the self-developed VeChain Blockchain Explorer and the VeChain Sync Ledger will soon be introduced.

VeForger Explorer and VeForge Vault for Ledger to be discontinued

However, VeChain suffered a small setback in their cooperation with Totien Labs. The company has surprisingly received news that the VeForge Explorer and VeForge Vault developed by Totien Labs will be discontinued. This was decided by Totien Labs shortly before the next planned update on 20.10.2019. VeChain had financially supported Totien Labs to provide and continuously develop the above mentioned products.

The official VeChain Explorer is scheduled to start at the end of November. Until then VeChain users can use VeChain Insight to query accounts, tokens, transactions and blockchain information. In addition, VeChain has notified all partner exchanges to redirect the transaction links to VeChain Insight in order to avoid interruption of services to users. Other projects developed by the community, such as VeChain Stats, can continue to be used to monitor Mainnet activity, VTHO usage and many other statistics.

Replacement for the VeForge Vault is on the way

However, VeChain ensures that all VET and VIP180 tokens are secure. VeChain is already working with Ledger on a new interface to access the Ledger Hardware Wallet via the Sync Desktop Wallet as well as the dApp browser Sync. Ledger users should be able to use their Ledger VeChain Wallet address synchronously to access their VET and VIP180 tokens and sign transactions.

The new VeChain Sync Ledger interface is expected to be completed within the next two weeks.

Is VeChain a hidden gem in the current market? Three announcements that could boost VET price 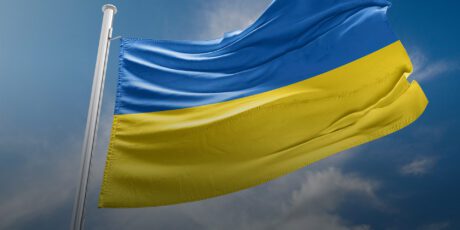 Polkadot, Vechain Founders Pledge Over $10 Million In Crypto To Ukraine More support is pouring out for Ukraine as the country takes to crypto donations to fund its military. It has garnered support from top players in the crypto space like exchange giant Binance and others who have donated almost $20 million to the country. Now, it is attracting the attention of top founders in the space who have pledged significant sums to Ukraine. Crypto Founders Pledge Big Gavin Wood, the founder of leading cryptocurrency Polkadot has come out to express support for Ukraine. The country had posted multiple crypto wallet addresses last week as it solicited funds for the nation which had been invaded by world superpower Russia. Being a smaller country, there is not much in the way of funds to fight Russia but the world has rallied around Ukraine. Related Reading | A Crypto War Is Raging – Crypto Donations Fuel Russia-Ukraine War Wood took to the comment section to show his support for the cause. The founder told Ukraine that he would personally donate $5 million if a DOT address was put up. If you post a DOT address I'll personally contribute $5m. — Gavin Wood (@gavofyork) February 27, 2022 Wood is not the only crypto founder that has made a significant pledge to the country. Sunny Lu, Founder, and CEO of Vechain has also made a pledge. Also taking to the comment section, Lu made an even higher pledge. He announced that he would donate $8 million to the cause when a VET wallet address is added to the list of official wallet addresses. Setup a VET wallet and leave VET address, I’ll donate $8m. Nothing else matters comparing people’s life. — Sunny LU, VeChain Ⓥ (@sunshinelu24) February 28, 2022 Related Reading | Both these founders have pledged to give but it is predicated on the fact that the country acquires crypto wallets for both of these projects. Currently, the country of Ukraine has three official addresses where funds can be donated in crypto. These two addresses are to receive donations in Bitcoin, Ethereum, and USDT (ERC-20 and TRON). Ukraine Donations On The Rise So far, there have been almost $20 million donated to Ukraine. The donations have been from both individual supporters and from Binance which have been pouring in from around the world. The campaign is only two days old and is almost in the double-digit millions. Crypto market down to $1.6 trillion market cap | Source: Crypto Total Market Cap on TradingView.com If Ukraine releases DOT and VET wallet addresses, then the donations from Lu and Wood would push the amount donated above $30 million very quickly. There have been more than 270 bitcoins donated to Ukraine since the campaign started, which makes up the majority of the donations so far. Related Reading | New Crypto Security Solution Protects Bitcoin, Other Digital Assets From Theft Recent news reports have said that Ukraine has agreed to sit down for peace talks in Russia. However, the country has declined to have the talks in Belarus. Featured image from Chemonics International, chart from TradingView.com

Logistics: The Supply Chain Crisis — Can Blockchain Fix it?

The post Logistics: The Supply Chain Crisis — Can Blockchain Fix it? appeared first on BeInCrypto.

EOS, VeChain and Chainlink’s bearish gravitation: Crucial levels to watch out for! 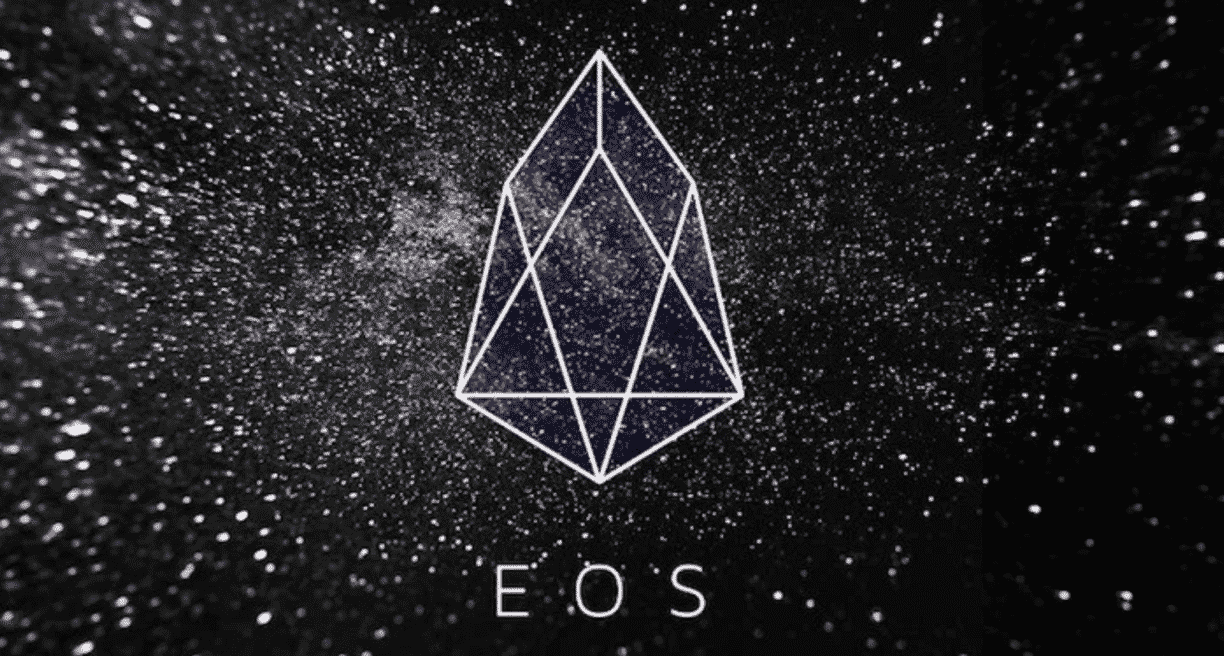 EOS was trading at $3.18 and had declined on its chart by 3.3% over the last 24 hours. The token had been displaying a bearish price trajectory and at the current price level, EOS was almost 151% below its all time high. The consolidation on its charts forced buyers to exit the market, the token

The post EOS, VeChain and Chainlink’s bearish gravitation: Crucial levels to watch out for! appeared first on CoinGape.

VeChain has upgraded to the first phase of its PoA 2.0 SURFACE consensus mechanism to improve security and sustainability, among other benefits. The network has also selected a second steering committee for efficient decision-making and fair implementation. Supply chain tracking blockchain VeChain (VET) has now marked a significant milestone in its six-year history. The first […]

VeChain and Shopping.io partner to allow VET holders use their tokens for payments on eBay, Amazon, and others

Shopping.io has announced a partnership with VeChain to allow VET holders to buy items at Amazon, Walmart, eBay, and Etsy.  Purchases with VET for two weeks beginning from 7th July attract a 2 percent discount on all items.  VeChain Foundation and e-commerce platform Shopping.io have partnered to enable VET holders to use their tokens to […]

Der Beitrag VeChain and Shopping.io partner to allow VET holders use their tokens for payments on eBay, Amazon, and others erschien zuerst auf Crypto News Flash.

DNV GL and PwC customers will choose VeChain if they want to use blockchain, says Sunny Lu

VeChain has established partnerships with more than 100 companies worldwide. PwC and DNV come with an exclusive relationship with the VeChain Foundation and will use VeChainThor if clients want a blockchain solution. VeChain CEO Sunlit Lu conducted an interview along with Thinking Crypto to discuss the project’ s beginnings, partnerships, and updates to VeChainThor blockchain. Lu emphasized that will […]

The VeChain Foundation is opening a voting process where the community can choose whether to change the basic gas fee or keep it the same. An increased use of the VeChainThor blockchain has raised its fees and could impact adoption. As of yesterday, April 30, VeChain stakeholders can vote on a proposal that could determine […]

Ubitquity partners with VeChain to power the global title industry

Ubitquity has announced a partnership with VeChain and will soon be launching a product on VeChainThor. This comes just weeks after the company launched Aeroporia, a blockchain platform catering to the aviation industry on the Ethereum blockchain, with plans to integrate VeChain. Ubitquity, a blockchain-as-a-service (BaaS) platform provider has partnered with VeChain. The company intends […]

The rollout of a new consensus mechanism for VeChain, PoA 2.0, will require three phases to be completed and approved. The VeChain Foundation is in discussion with various institutions in China that could use the VeChainThor technology. VeChain co-founder and CEO Sunny Lu held an Ask Me Anything (AMA) session with the community yesterday. The […]

Puff Bar, a leading vape company, will use the VeChain blockchain to allow customers to verify the authenticity of their vaping products. The company has also started accepting Ethereum and Bitcoin Cash as payment methods. A leading U.S vape company is turning to blockchain technology to fight the vast number of product counterfeits in the […]

VeChain: Testnet for the PoA 2.0 will be launched soon

The VeChain Foundation has announced the soon start of the testnet for the Proof of Authority 2.0. A prototype for the implementation of the Byzantine Fault Tolerance Protocol (BFT) has been completed. Peter Zhou, chief scientist of the VeChain Foundation, has made an update on the introduction of the SURFACE consensus algorithm, also known as […]