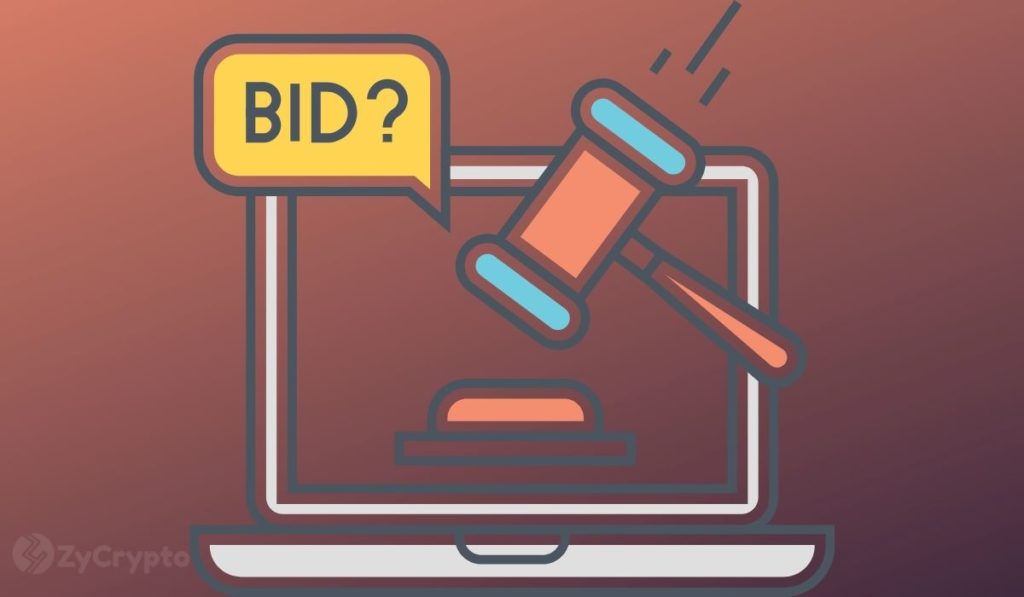 The US General Services Administration (GSA) is planning to conduct a Bitcoin auction worth over $500,000. The auction which is to take place from 23-26 April will be the third that the auction arm of GSA will hold this year.

GSA manages and supports the basic functioning of federal agencies. It also does auctions to sell off management vehicles, equipment, etc. It held the first BTC auction on 15 March this year during which 0.7501 BTC was sold at $9,000 above the market price. Another auction was held on 29 March in which 6.79 BTC was sold for nearly $400,000.

As expected, the public is very curious to find out how the agency got involved, but it has not revealed the sources of the cryptocurrency. However speaking on the auctions, Regional Commissioner for GSA’s Federal Acquisition Service Thomas Meiron in a press statement said:

“Cryptocurrency is certainly some of the most unique items to ever come up for public sale on our GSA Auctions platform, but the excitement from our bidders is undeniable.”

The U.S government has been very decisive of Bitcoin as well as other cryptocurrencies. Although it has not placed an outright ban on digital assets the way some countries have, it hasn’t fully embraced the industry either. There is no clear regulatory guideline for the crypto space which has largely affected the growth of startups in the country.

Now that its property management arm is involved with Bitcoin auctions, could it be an indication that the government is starting to accept Bitcoin as an investment asset? Clearly, the agency is not ready to discuss such details with the public but time will tell.

To participate in the upcoming auction, bidders are expected to register on the platform and have a BTC wallet for receiving the BTC if they win the bid.

Fired up by the soaring success of Coinbase, Ripple Labs Inc, the establishment behind the fifth most valuable cryptocurrency...