And the volatility continues: The past three weeks for Bitcoin’s price were very volatile. While the coin reached its new year’s high at $10,500, the fluctuations to both sides refuse to calm down over the past days.

On our recent Bitcoin price analysis, we mentioned that Bitcoin was surging $300 intraday (towards the $10,000) and that this, in high chance, also could turn into a temp correction before discovering new lows.

Unfortunately to the bulls, and following the massive global markets crisis, Bitcoin had completed almost $600 drop in just two days.

As of writing these lines, Bitcoin is testing crucial support of the mid-term ascending trend-line (can be seen on the following daily chart), along with the horizontal support at $9400.

Both the price and the RSI seem to be on a critical decision point. Losing the $9400 support zone means losing the higher lows trajectory on the daily, which might be crucial for the short-term price action of Bitcoin.

Another thing to keep in mind is the Bitcoin dominance ratio. After reaching almost 60%, the altcoins were starting to lose momentum against Bitcoin.

In other words, it means cash out from altcoins to Bitcoin, and from Bitcoin to FIAT. It could be related to the latest fear in the global markets: when there’s panic – people tend to sell everything for cash.

– Support/Resistance levels: As of writing these lines, Bitcoin price holds the mentioned above ascending line, along with $9400.

– The RSI Indicator: As mentioned above, the RSI is facing a substantial long-term support line from October 2019, along with the 50-horizontal level. This is definitely a decision point.

– Trading volume: An average amount of volume followed the recent 2-day drop. So far, everything is under control and looks like a deeper correction. 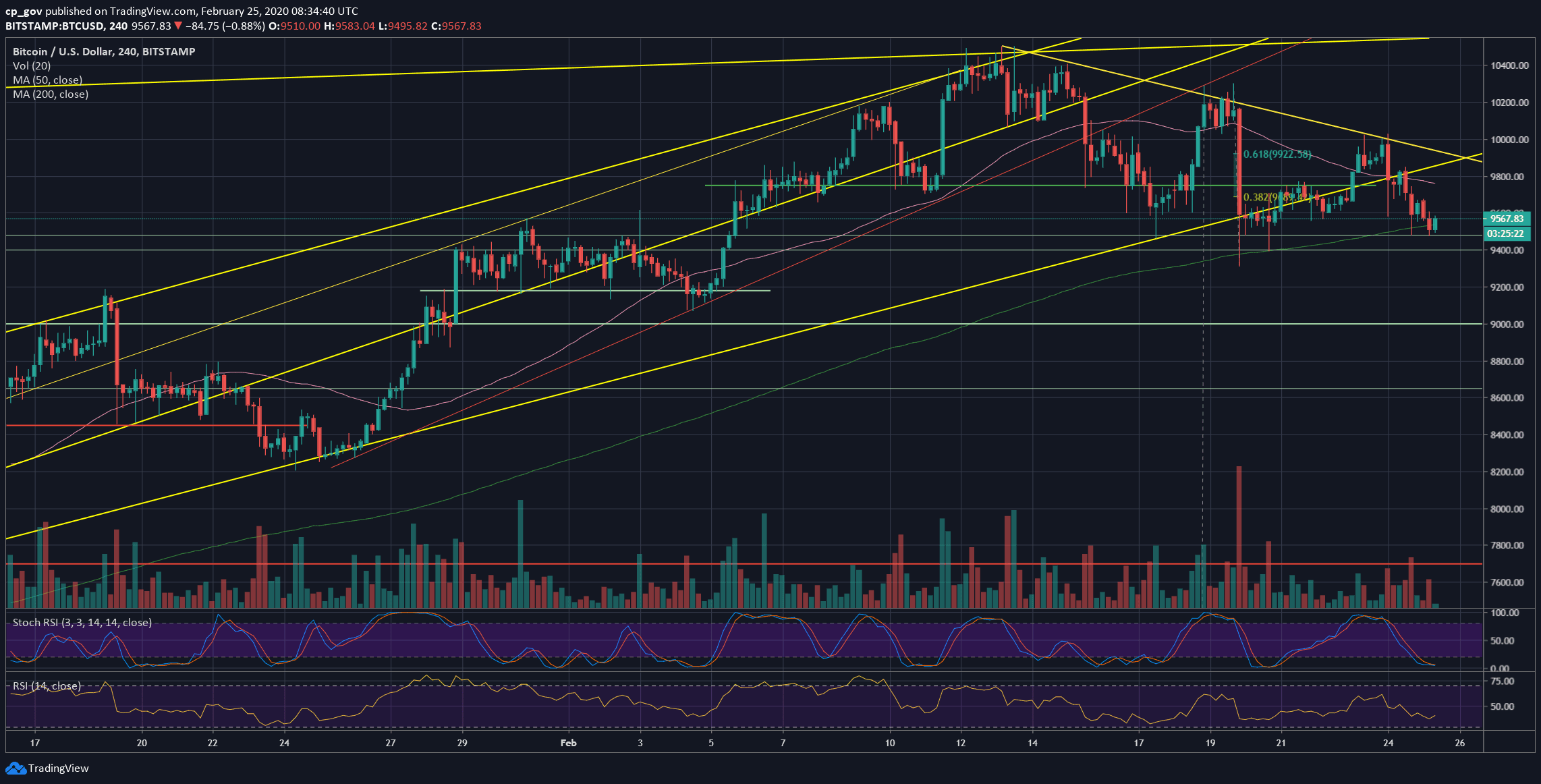 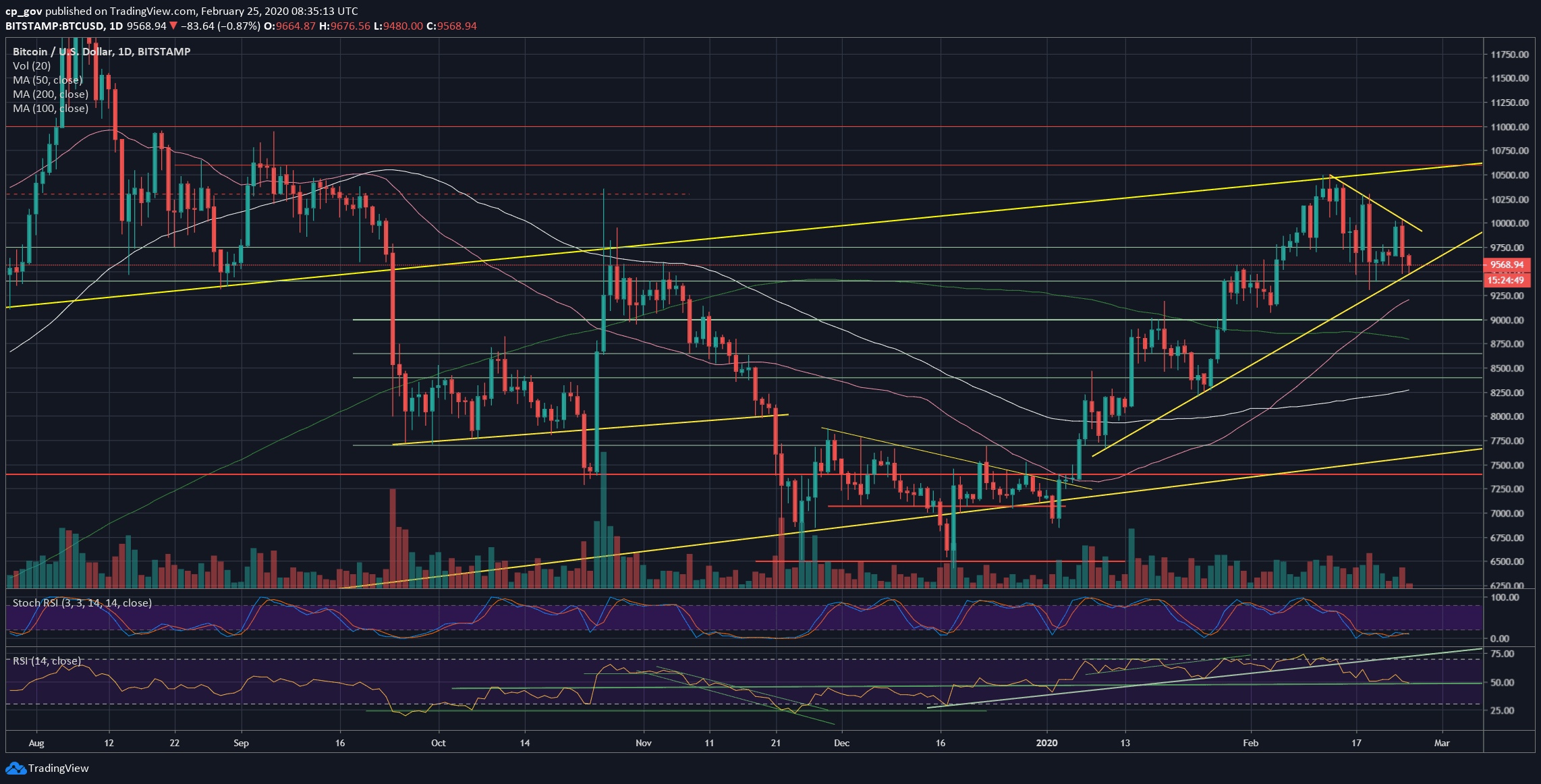 Bitcoin's price is going down for many reasons including traders who realized gains last year selling to pay their tax bills....

Bitmain, the largest manufacturer of mining equipment in the crypto industry, is gearing up to face its future without longtime chief...

Bitcoin And The Art Of Japanese Garden Maintenance